Before I could finish my walk of Washington Heights, there were a few sights I wanted to see before it got too cold. So on a mild but brisk afternoon after a long morning in the Soup Kitchen, I visited the Little Red Lighthouse and the Morris-Jumel Mansion. I missed seeing these spots during the summer.

My first part of the trip lead me to 181st Street and the long walk down the street to Riverside Park. I was amazed of how beautiful 181st Street is at all seasons. It is still breathtaking in the winter as it is during the summer except you can see more. You could view more of the formations on the riverside cliffs at this time of the year.

Even in the short time since the summer ended, there have been many changes in the neighborhood. More buildings are under scaffolding and being sandblasted. A lot of storefronts are empty and the mom-and-pop businesses that I passed over the summer have closed their doors showing that the neighborhood is in transition. Slowly more expensive restaurants and shops are opening east of Broadway.

The walk down the path through Riverside Park is quite steep so make sure that you have comfortable shoes on and do your best to avoid the bike riders who speed by. At the end of the path, turn the corner and you will see the small lighthouse hidden behind a leg of the bridge.

It is rather unusual spot for a lighthouse but it has a rather colorful past. Located underneath the George Washington Bridge along this treacherous section of the Hudson River once known as Jeffrey’s Hook, this is one of the few surviving lighthouses in New York City. 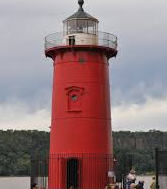 As traffic increased along the Hudson River, so did the number of shipwrecks at Jeffery’s Hook. In an attempt to reduce accidents, a red pole was placed at Jeffery’s Hook jutting out over the river to warn travelers of danger. In 1889, two 10-candlepower lanterns were placed on the pole to aid navigation. Much of the land surrounding the lighthouse, including the riverbanks of Jeffery’s Hook, was acquired by the City in 1896 and became known as Fort Washington Park.

The Little Red Lighthouse had been erected on Sandy Hook, New Jersey in 1880, where it used a 1000-pound fog signal and flashing red light to guide ships through the night. It became obsolete and was dismantled in 1917. In 1921, the U.S. Coast Guard reconstructed this lighthouse on Jeffery’s Hook in an attempt to improve navigational aids on the Hudson River. Run by a part-time keeper and furnished with a battery-powered lamp and a fog bell, the lighthouse was an important guide to river travelers for ten years. The George Washington Bridge opened in 1931 and the brighter lights of the bridge again made the lighthouse obsolete. 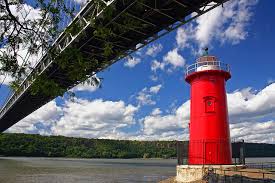 The Little Red Lighthouse below the George Washington Bridge

The Coast Guide planned to auction off the lighthouse but an outpouring of support for the beacon helped save it. The outcry from the public was prompted by the children’s book, ‘The Little Red Lighthouse and the Great Gray Bridge’, written by Hildegarde Swift and Lynd Ward in 1942. In the popular book, the Little Red Lighthouse is happy and content until the great bridge is built over it. In the end, the lighthouse learns that it still has an important job to do and that there is still a place in the world for an old lighthouse. People then sent money to save the icon from the auction block. 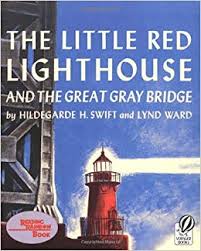 In 1951, the Coast Guard gave the property to the parks and in 1979 it was added to the National Register of Historical Places.

It is a neat little park under the bridge and should not be missed when visiting this part of Riverside Park.

Instead of climbing back up the long path, I took a stroll down the paths of Riverside Park and walked by the river that was so close that you could put your hand into it (don’t!). It was a beautiful walk to be so close to the river and see the vistas of the cliffs of New Jersey and view the river both up and down stream. On this cool winter day, the park had a few joggers but not too many other people. 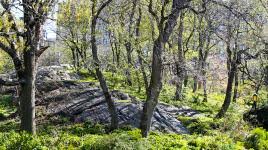 Riverside Park in the Spring

My walk took me back to 160th Street and the cross bridge that took me back to the neighborhood that I had visited earlier this summer. This extension of Riverside Drive leads back to Broadway and I crossed back up to 161st Street to my destination of the Morris-Jumel Mansion located in Jumel Terrace right off High Bridge Park.

I made a pit stop for a snack at Esmeraldo Bakery on Broadway at 538 West 181st Street (see review on TripAdvisor and DiningonaShoeStringinNYC@Wordpress.com) for their Cubanitos, a sweet meat pie and Rellenas, a mashed potato meat pie that are deep-fried. They are so good and at 2 small cubanitos for $1.00 and the Rellena for $1.25, it is quite a steal. Their doughnuts are really good as well. They are also $1.00. The staff always tolerates my broken Spanish. 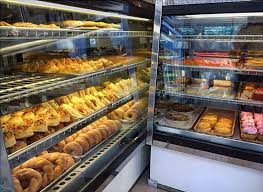 Jumel Terrace which is located between 162nd Street and 160th Streets located on a bluff overlooking the Harlem River on its own park like setting with great views of both the Bronx and other parts of Manhattan. It is surrounded by a neighborhood of beautiful, renovated brownstones, some still having their lights and decorations up from the holiday. It must have been beautifully decorated for Christmas. 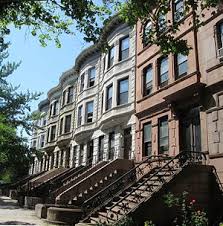 The Jumel Terrace Historic District in the Summer

The Morris-Jumel Mansion, located at 65 Jumel Terrace, is the long surviving Colonial residence left in Manhattan. The mansion was built as a summer ‘villa’ in 1795 by the British Colonel Roger Morris and his American wife Mary Philipse, it originally commanded extensive views in all directions. It viewed New York harbor and Staten Island to the south; of the Hudson and Harlem rivers to the west and east and of Westchester County to the north.

Colonel Morris was the son of the famous architect Roger Morris, a fact which may explain the extremely innovative features of the mansion such as the gigantic portico and the rear wing which was the first octagon built in the colonies.

The house’s situation and large size made it ideal as military headquarters during the Revolution and it was occupied successively by Washington, General Sir Henry Clinton and the Hessian General Baron von Knyphausen. As the Morris’s were loyal to Britain during the Revolution, their property was seized and sold after its conclusion. In 1790, Washington returned for a cabinet dinner at which he entertained Jefferson, Adams, Madison, Hamilton and Colonel Knox among others.

The later history of the house centers on the Jumel’s. Stephen Jumel was a wealthy French émigré who married in 1804 his beautiful and brilliant mistress, Eliza Brown. They bought the mansion in 1810. In 1815, they sailed to France and offered Napoleon safe passage to New York after Waterloo. Although he eventually declined the offer, they did acquire from his family many important Napoleonic relics, some of which can be seen in the Blue Room on the second floor. Stephen died in 1832 and Eliza married the ex-Vice-President Aaron Burr in the front parlor one year later. They were in the process of a divorce a few years later when he died on the day the divorce was finalized. On Eliza death in 1865, she was considered one of the wealthiest women in America.

The house tour is self-guided and you are able to walk all around the first and second floors as well as the kitchen in the basement. The mansion had just finished having all the holiday decorations packed up for the season, so the mansion was in a little disarray. The kitchen is really interesting with all the period cooking tools in which we take the electronic ones so much for granted today. The antique waffle iron is really interesting.

The upstairs bedrooms have been restored and you get to see where Aaron Burr slept. Eliza had adopted her niece and she became Eliza’s daughter and her children her grandchildren, which by the painting in the house she must have been very fond of growing up. 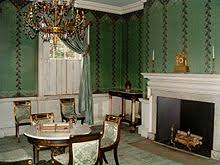 The inside of the Morris-Jumel Mansion

In the summer months, the gardens are really nice to walk around in and are nicely landscaped. On a cool winter afternoon, it was nice to sit outside but there was not much to see. The mansion is definitely best either during the holidays or in the warmer months. 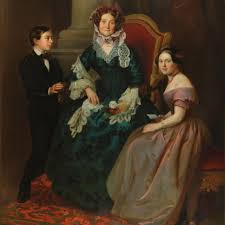 It was nice to visit these sites as I missed them most of the summer and both are worth checking out. If you need to have dinner before leaving the neighborhood, Broadway is lined with many interesting Dominican restaurants that are reasonable and have nice menus.

My review on my blog, “VisitingaMuseum.com”:

Open: Walk around when the park is open

My review on my blog, “VisitingaMuseum.com”: