When I started this project so many months ago, I dedicated this blog to my father, Warren George Watrel, who was more than just ‘Dad’ to me. My father encouraged me at every turn, never let me give up and pushed me and wanted me to accomplish my dreams without putting limitations on them. Since I was a child, he never forced me to do anything I didn’t want to do because he knew if I hated something, I was just going to leave it knowing it wasn’t the right match of what I wanted to do in life. The two things standing out was wrestling in junior high and working at certain restaurant chain as an adult, two things I really hated but did because I thought it was what I should have done.

When I got frustrated, he asked me what I really wanted and then encouraged me to find it and I always did in the end. This went with jobs, friends and life in general. My father never judged but wanted my brothers and I to be happy. That is pretty rare in a parent where everyone is competitive and thinks their child should be in the Olympics or go to Harvard. Speaking as a swimmer who won two medals at the Junior Olympics and as a Cornell Alumnus, I never had an interest in going to the Olympics as an adult and love it when Cornell beats Harvard at ice hockey and basketball (one day football) and was happy in the decisions I made because at the end of the day, they were my decisions not his and his support in what I wanted was very enlightening. When I take my lumps, they are my lumps.

When my dad’s health was affected by a serious stroke in 2011, I never gave it a thought that I would help him, it was a given to me. His battle to get healthy was our battle and for three and a half years I watched my dad defy every doctor who said he would never walk, speak or have a life again. Some of them even wrote him off as he might be a vegetable.

What I saw was a person stuck in a body that he wanted to get out of and was willing to try anything to get there. I never saw a man work as hard as he did to get well. Between he inpatient, out-patient and work outs with personal trainers and water aerobics, I saw the old him start to emerge with a stronger attitude, a more open view on life and a much more social person who was ready to open up to people. One of his therapist even encouraged him to go on speaking tours to encourage others not to give up and set an example of what can be accomplished with diet and exercise.

Sometimes in the end, due to circumstances beyond our control, things happen. My father passed away on October 13, 2014 and it broke my heart. The one thing he left me with a will to continue on and not give up. He set an example of what can be accomplished through hard work and dedication and believing in ones self as well as being encouraged by the outside forces of life to succeed.

He set an example that just because you have a disability, that your life is not over. It just becomes a different kind of the life. I was lucky to be with him every step of the way and was proud of his accomplishments and being able to live the life he wanted to on his terms. In essence, we still looked out for one another. As his son, I was proud to help him achieve what he wanted to in his life.

So to my remarkable father who set the example of never giving up, foraging ahead and not setting limits on himself or anyone else, I wanted to say with great love, Happy 81st Birthday Dad! I love you, respect you and miss you every day. Thank you for giving me the gift of letting me help you and making me a better person for it. The greatest present I get now, sometimes from complete strangers who saw us in everyday life, say to me “Oh, I used to see you and your dad together at such and such. You were such a good son to take such good care of your father” and I have so many seniors say to me “I wish my child would do for me what you did for your father”.

Well, to all of you who helped us along the way and encouraged him to never give up and just live life, a very big thank you! Your kind words every day made his life complete and also thank you for noticing. It makes my memories so much better that someone saw all this and was encouraged on their own. I don’t know how many people he inspired but I look around now and I see so many people who themselves have gotten better because he set an example of never letting a stroke dictate how his life would be and continued to live it.

See my dedication to my dad in all my sites,  “MywalkinManhattan.com”, “VisitingaMuseum.com”, “LittleShoponMainStreet.com”, DiningonaShoestringinnyc.com” and in “BergenCountyCaregiver.com” all under WordPress.com that have been created in honor of my father.

Happy Birthday Dad with much love from me! I miss you so much but am inspired by your example as a person. We should all learn from it. My walk continues soon and as I explore a place we loved to visit so much, I will continue to be inspired by you and respect you in every way. 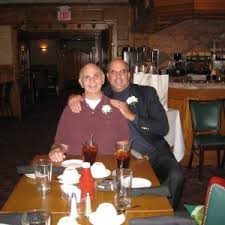